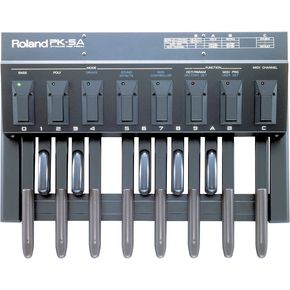 The 13 pedals of the Roland PK-5 can be used to play the chords in One Man Band (chord-recognition is set to single-finger). Assign the 12 lower notes to the chord area in OMB's settings. Define the high C as the Minor switch in OMB. After pressing the Minor switch, the next pressed chord will be played as a minor chord. 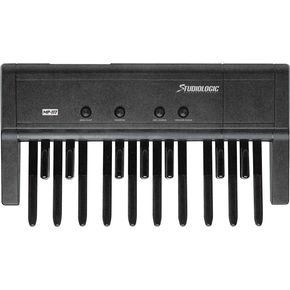 The Studiologic MP-117 Pedalboard has 17 pedals. In One Man Band you can assign the pedals/notes as follows:

Back to the One Man Band main page.